Fernanda is a lawyer from Universidad Católica de Chile, and LL.M from Boston College Law School, admitted to the Massachusetts’ and Chile’s Bar Associations, with a long experience creating teams and catalyzing ideas in very different areas. Fernanda founded a law office, was Director of a Law School, and a City Councilor in the south of Chile. She moved to Boston in 2013, receiving the Leadership Award from the Master of Laws program, served on the Massachusetts Supreme Judicial Court, and worked at Boston College as a Luksic Scholar.  In June 2018, she joined ChileMass and, a year later, she was appointed Executive Director. As such, she is responsible for overseeing the administration, programs, and strategic planning of the organization.

Ximena is originally from Chile with extensive experience in universities (Universidad Católica, Universidad Adolfo Ibáñez and Universidad de Los Andes), dedicated to the admission and coordination of continuing education and postgraduate activities. She studied Executive Assistant and Business Administration at Duoc UC. Ximena is the person in charge of operations and networks of the organization, including events and databases.

Beatriz graduated from Boston College with an International Studies Major and Film in 2018. She worked for the Chilean public sector in the Ministry of Work and Welfare where she was a co-creator of a national public policy called “Adulto Digital’’ based around the elderly population, as well as being in charge of overseeing and administering two main programs. During her undergraduate studies, she extensively volunteered around the city of Boston in homeless shelters for Latin families. Beatriz is the leader of the development of our digital innovation ecosystem platform and also works in different innovation and entrepreneurship projects.

Jennifer Phillips teaches English as a Second Language (ESL) to her students in the U.S. and around the world and is committed to creating a learning community that increases knowledge and cultural understanding through shared language. She previously worked at Harvard University’s Institute of Politics, where she led the Fellows Program and the National Program, establishing a network of colleges and universities to convene students nationwide to increase democratic engagement. Jennifer received her MPA from Harvard University’s John F. Kennedy School of Government and her bachelor´s degree from McGill University in Montreal. Jennifer prepares our Chilean entrepreneurs and teachers helping with their pitch and presentations, to facilitate their landing in the US, and also help organize several initiatives.

Mary Anne recently joined the team as a part timer. She brings a rich background of working within the hi-technology field, in roles of product marketing, product management and strategy. Her experiences at companies such as Hewlett Packard and EMC, and startups such as Kanda Software and GNS Healthcare makes her a great addition to the team.  She holds a bachelor’s degree from Keene State College and an MBA from Northeastern University. Mary Anne is focused on the projects of our ChileMass Hub´s members, like Agrosuper and Sofofa Hub, preparing research and business development ideas, and recruiting companies onto the ChileMass platform. 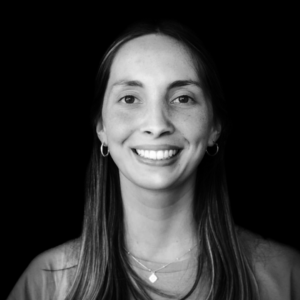 Maria José is originally from Chile and just graduated from Industrial Engineering at Universidad Adolfo Ibañez. She is interested in the innovation area, and how it can impact positively to the community. During her undergraduate studies, she volunteered at a local Chilean Foundation, where she applied her engineering knowledge to contribute in different areas. Maria Jose determines and calculates the metrics of each program that ChileMass has, and also helps where it is needed.

President to the Board

Yuly is often described as a catalyst of creative ideas. She is currently the Founder and Executive Director of Descience, Research on the Runway a community that connects the world of Science and Design. She was trained as a biochemist at University of Concepcion in her native Chile, graduated with a Ph.D. in biomedical sciences from the University of Massachusetts Medical School, USA, and has a Postdoctoral training in the MIT Sloan School at the Technology Innovation & entrepreneurship group.

Secretary to the Board

Brittany is the Vice President of Institutional Partnerships at StartX, an accelerator advancing the development of the University of Stanford’s top entrepreneurs. Prior to joining StartX, Brittany was the Director of Global Partnerships at MassChallenge for several years, where she oversaw strategic partnerships with international governments and institutions. Before that, she served in the Massachusetts Office of International Trade and Investment (MOITI) under both Governor Deval L. Patrick and Governor Charles D. Baker. Brittany remains engaged in the Boston community through various boards
including Friends of the Public Garden, the Science and Technology Diplomatic Circle (S&TDC) and the UN Association of Greater Boston (UNAGB).

Treasurer of the Board

Ramón is an Associate Director of Innovation Consulting at EPAM Continuum. He combines the practical hands-on experience of an entrepreneur with the intellectual curiosity of an academic to make innovation come to life. His professional experiences include co-founding a magazine publishing house and serving as the CEO of an award-winning advertising agency. Recently, he worked with companies from more than 20 industries — including Goodyear, ExxonMobil, Abbott, Cotton, and Converse—helping them identify and shape new growth opportunities. Ramón holds a Bachelor of Science in Business Administration from Universidad Católica de Chile, a Master’s Degree in Humanities from Universidad del Desarrollo, and an MBA from Babson College.

Warren is the Founder of Two Degrees Innovation Lab. He is a Boston-based entrepreneur and angel investor with a long history of connections to Chile. A pioneer in the field of social networking, Warren founded PlanetAll, which Amazon acquired in 1998. Upon leaving Amazon, Warren turned his professional attention to advising and investing in start-ups, including Tiaxa, a prominent fintech start-up based in Santiago. In 2007, Warren founded Patagonia Sur, a for-profit conservation company that invested and protected ecosystems in the Chilean Patagonia. Warren is also a member of the Clean Energy Venture Group, the Launchpad Venture Group, and a board member of Vineyard Power, which collaborates with Vineyard Wind, the developer of the first utility-scale offshore wind project in the United State. Warren received a B.A. from Colgate University and an M.B.A. from Harvard Business School.

Marcelo is the founding partner of Virtus Partners, a consulting firm based in Chile. With more than 30 years of experience in senior management consultancy, previously he was Senior Partner at McKinsey a firm where he worked for 18 years. In his offices in Madrid, Sao Paulo, Buenos Aires, Lima and Santiago. Marcelo is an Industrial Engineer from Universidad de Chile and MBA from MIT Sloan School of Management.